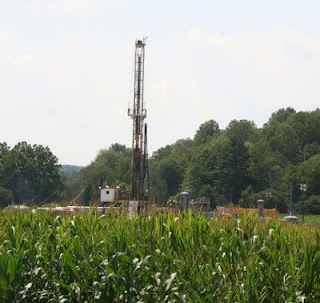 In his 162-page opinion for the court, Chief Justice Ronald D. Castille noted that the law, Act 13, violated the  Environmental Rights Amendment to Pennsylvania's state constitution. That amendment states:

The people have a right to clean air, pure water, and to the preservation of the natural, scenic, historic and esthetic values of the environment. Pennsylvania’s public natural resources are the common property of all the people, including generations yet to come. As trustee of these resources, the Commonwealth shall conserve and maintain them for the benefit of all the people.

Thomas Linzey, the Executive Director of the Community Environmental Legal Defense Fund (CELDF) based in Mercersburg, PA, told the press that the ruling is "a significant victory for municipalities seeking to regulate the placement of oil and gas wells and other structures on the surface of land." While the Supreme Court ruling doesn't prohibit fracking, it does support zoning of surface uses.