Pepper Trail may be the only full-time forensic ornithologist. He works for the National Fish and Wildlife Forensics Lab in Ashland, Oregon. On November 3 he visited the Cornell Lab of Ornithology to talk about the sort of work he does.

Trail documents evidence of crimes against birds. That can include anything from smuggling endangered species to trade in feathered craft items. One of the most common kinds of evidence he gets – accounting for a quarter to a third of all his cases – is oiled birds.

These birds often come from oil pits and waste pits located at drilling sites, Trail said. Companies are supposed to make their waste pits inaccessible to birds, but in most cases the their attempts fall far short of the law. Some look like wetlands, with oily water spread over reedy areas, while others are well-defined rectangular ponds. Both attract birds.

Trail doesn’t visit drilling sites, so he can’t say exactly where the birds are coming from or whether the driller is fracking for gas or oil. It’s the job of field investigators to fish dead birds from the oily depths and send them in. Trail’s job is to clean the feathers – tail feathers are best, he says – and look for distinguishing characteristics. So he washes them with solvent, gives them a rinse and then dries them off with a hair-drier. 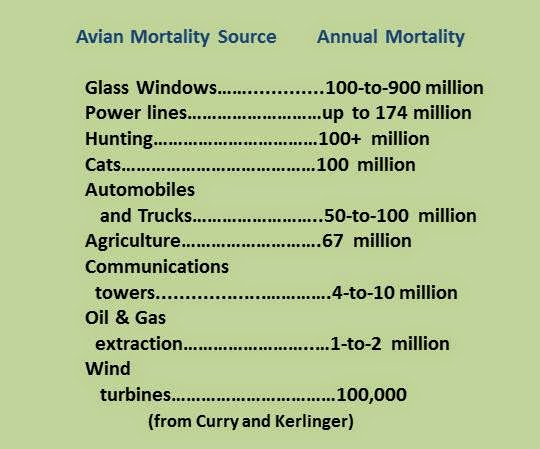 Waterfowl aren’t the only birds attracted to gas and oil waste pits. Trail has identified 172 species, including mocking bird, barn owl, lark buntings and even roadrunners. “The mortality due to gas and oil pits is in the range of 500,000 to a million every year,” he said. To put that in perspective, the Exxon-Valdez oil spill killed 250,000 to 300,000 birds. Wind turbines account for about 100,000 bird deaths each year.

“This is some of the most important work we do,” said Trail. “Not because the fines are high, but because we can compel the companies to clean up their pits.”

The current strategy of surrounding the pit with chain-link fence or stringing used-car-lot flags across the surface is totally inadequate. “The best way to protect birds is to pump out the pits and inject the fluids into storage tanks that are closed,” said Trail, adding that an alternative would be injecting waste into a geological formation – “if that’s safe.” Securely netting the pond could work, but too often the netting sags into the oil.

You can learn more about minimizing risks to migrating birds at oil and gas sites here.  This was taken from a longer article in the November 10, 2014 issue of Tompkins Weekly
Posted by Sue Heavenrich at 7:16 PM No comments:

On October 27, retired Air Force Senior Master Sgt. Collen Boland zipped up a fleece jacket emblazoned with her name, rank and rows of decorations, then headed to Crestwood energy’s site on Seneca Lake. There, she linked arms with others defending Seneca Lake from the proposed gas storage project. When a tractor trailer approached, Boland and the others refused to move. Within minutes Sheriff’s deputies showed up and arrested the protesters.

But with industrialized drilling and gas storage encroaching on the local landscape, Boland reluctantly polished her boots and dusted off her awards and decorations and prepared to serve in a new way.  In a press conference last week she reflected on her years of military service, and the places she was stationed. One thing they had in common, she said, is water. Children in Schuyler County and Dimock, Pennsylvania, like children in Malaysia and elsewhere, need access to clean water.

Explaining why she wore a “civilianized” version of her Air Force jacket, Boland explained that she was trying to dispel the notion that “the only people standing up to protect our water, our air, and our communities are tree-hugging hippies or out of touch dreamers. Don't get me wrong, I love trees, but I was never quite cool enough to be a hippie —and I'm certainly not dreaming," she said to laughter and applause.

Boland is distressed and offended that people who oppose extreme fossil fuel extraction are being dismissed as “people who don’t belong here.” We do belong here, she declared.

"I am still serving, still defending. I am defending the natural beauty of the Finger Lakes region that I love against all enemies foreign and domestic. Crestwood is my enemy." Boland isn't the only Veteran defending the lake; Dwain Wilder, a former sailor, spent his Veterans Day in jail for his part in the protest.

Watch the video of the press conference and read an interview with Boland in the Air Force Times.
Posted by Sue Heavenrich at 10:13 PM No comments: