What... no "Fracking Insurance"? 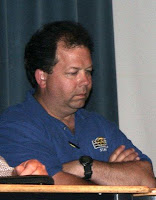 While Wickham (and the Farm Bureau) are eager to see drilling happen – as long as farmers are paid fairly for leases and royalties – he emphasized that the Farm Bureau remains “committed to preserving the quality of water and land.” After all, farmers depend on healthy soil and clean water to raise their crops and livestock.

Three days later, Nationwide Mutual Insurance Co – the very company that insures farmers – announced that its policies do not cover damage related to fracking. The company’s commercial and personal insurance policies “were not designed to cover” that sort of risk, said Nationwide spokeswoman Nancy Smeltzer. It seems that the risks involved in fracking operations “are too great to ignore” and “are now prohibited for General Liability, Commercial Auto, Motor Truck Cargo, Auto Physical Damage and Public Auto coverage.”

That prohibition applies to folks who haul water to and from drill sites, people who operate equipment on the well site, contractors involved in fracking operations, and landowners who lease their property for drilling.

Around here, the biggest landowners are farmers. They belong to the NY Farm Bureau which, six months ago, teamed up with Nationwide to offer special “members-only” insurance rates on farm insurance, auto insurance and everything in between. But not Fracking Insurance. Nationwide doesn’t offer that – nor do other insurance agencies. Mine doesn’t; I called and asked.

This leaves farmers – and other landowners – in a sticky wicket, as my dad would say.
Posted by Sue Heavenrich at 5:22 PM