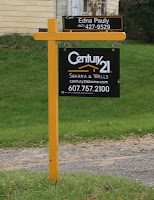 A study published just this month in the American Economic Review shows that fracking can cause steep drops in home values in some neighborhoods. The study examined home sales in 36 Pennsylvania counties between 1995 and 2012. The analysis controlled for potentially confounding variables such as effects of the Great Recession and the benefits homeowners may receive in the form of lease payments.

Researchers found that home prices dropped by an average of $30,1676 when shale drilling occurred within a distance of 1.5 kilometers (almost one mile). That’s for homes that depend on groundwater. Homes that had water piped from a municipal source actually gained an average of $4,800.

But, write the authors of the study, “it is important to keep in mind that our estimates do not fully capture the total costs associated with groundwater contamination risk. Owners of groundwater-dependent homes may purchase expensive water filters to clean their drinking water when faced with a shale gas well nearby [and] whole home filters can cost thousands of dollars.”

The paper is among the first to quantify the impact of fracking on property values in a wide geographic area, Christopher Timmins told the press. He’s one of the co-authors of the study and specialized in environmental economics at Duke University.

“Our results show clearly that housing markets are responding to homeowners’ concerns about groundwater contamination from shale gas development,” Timmins said. “We may not know for many years whether these concerns are valid or not. However, they are creating a real cost to property owners today.”

One thing the authors found is that the distance between a shale well and a home matters greatly for home prices. Among homes that rely on well water, a shale well located within one kilometer (0.6 mile) was associated with a 13.9 percent average decrease in home values. But if the nearest shale gas drilling site was at least two kilometers away (1.2 miles), property values remained constant.

It was in neighborhoods with a piped water supply where they found that home values rose slightly – perhaps due to royalty payments. Even so, home values rose only when shale wells were out of view.

What does this mean for homeowners?  Right now more than 15 million Americans live within a mile of the hundreds of thousands of fracked gas and oil wells that have been drilled since 2000.

A 2013 survey conducted by business researchers at the University of Denver showed a strong majority would not buy a home near a drilling site. The study, published in the Journal of Real Estate Literature, also showed that people bidding on homes near fracking locations reduced their offers by up to 25 percent

Homeowners near drilling sites often have to move because of industrial activity. One homeowner found the fumes, lights, and noise unbearable. Forced to move, they were only able to sell their Cleveland suburban home for half its appraised value.

And a Texas family found their 10-acre ranchette plunge in value from $257,000 to $75,000—a decrease of more than 70 percent – just one year after the first drilling rig went up on the property.

With all of this evidence that no one wants to live near a fracking well, why on earth would towns embrace  fracking?

Posted by Sue Heavenrich at 2:26 PM