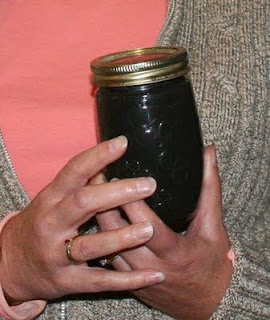 How many drinking water wells are contaminated in PA?

That's a good question, says attorney Todd O'Malley, a partner in the "Marcellus Shale Oil & Gas Litigation Group".  There are a lot of families with drilling-related water contamination that the PA Department of Environmental Protection (DEP) doesn't know about, he said in a phone conversation earlier this afternoon. And there are a lot of PA state legislators who have little idea of just how many wells in their areas have been affected by methane migration and other problems due to drilling.

For that reason O'Malley and his partner, NY attorney William Friedlander are passing free sample bottles - they want people to fill up the bottles with water from contaminated wells, attach a label telling where the water comes from, and give it to them for delivery to Harrisburg on June 7 - Lobby Day.

Our idea, says O'Malley, is that we can deliver contaminated water samples from constituents to their elected representatives. "We want to make it visual - something they see every day to remind them of the people they represent," he said. Maybe if they see it they will act.

Good idea, this "visual representation" thing. Only one tiny niggling thing bothers me: today's press release went out with bold red headlines advertising that the legal group is distributing "Free Local Contaminated Water Kits". Granted, it also said in that same bold typeface that those kits were to pressure legislators to advocate for safer oil and gas drilling practices. But within a couple hours of the press release at least three reporters called to confirm that, NO, these are not Water Test Kits.

They are "kits" only in that the bottle comes with instructions on how to fill it, said O'Malley. The water will not be tested, he clarified. It is simply for use as a visual aid to demonstrate the number of homes where people can no longer drink their water. "If people have reason to believe their water has been contaminated by drilling, they need to contact the DEP," he said.

So, if you've water that's turned smelly, flammable, discolored or otherwise yukky since drilling began in your area, you know where to send it.
Posted by Sue Heavenrich at 4:02 PM