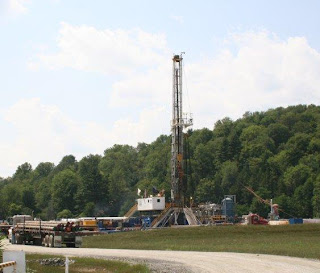 NY towns can ban hydro-fracking and shale gas drilling within their municipal borders – that’s the decision handed down from the state Appellate Division today. Pro-drilling landowners in the towns of Dryden (Tompkins County) and Middlefield (Otsego County) had sued the towns in an attempt to get drilling bans overturned. When they lost their suit in the lower court (the state Supreme Court) they appealed.

Today’s decision, from the Appellate Division, Third Judicial Department upholds last year’s decision and clarifies that, although NY environmental law gives all regulatory oversight of drilling to the state, it does not curtail a town’s ability to use land-use laws to protect the town’s interests.

In the decision for the Dryden case, the justices find that municipal zoning ordinances that ban drilling do not conflict with the policies or intent of the Oil, Gas and Solutions Mining Law. In their conclusion they state that the “…policy of the OGSML explicitly seeks to protect the rights of ‘all persons including landowners and the general public’ – not just the owners of oil and gas properties”… and that this goal is realized when “… individual municipalities can determine whether drilling activities are appropriate for their respective communities.”

Thus, writes Justice Peters for the court, “we hold that the OGSML does not preempt, either expressly or impliedly, a municipality's power to enact a local zoning ordinance banning all activities related to the exploration for, and the production or storage of, natural gas and petroleum within its borders.”

They upheld that same decision for the Middlefield case.
Posted by Sue Heavenrich at 4:13 PM