Economic Impact Studies on Marcellus May Have a Problem 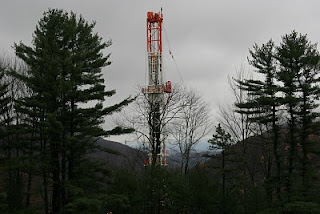 According to Dr. Timothy Kelsey, who keeps tabs on economic and community development for Penn State Cooperative Extension, the problem with most of the studies on the economic impact of Marcellus shale development is that they only consider employment and income. "They don't usually look at the distribution of the money and who benefits in the community," he said during a webinar a couple weeks ago.

Throughout his presentation Kelsey emphasized that economic studies present only one piece of information - and "not necessarily the most important or most definitive piece,” he said. What do the studies ignore? Potential negative effects on other sectors of the economy; environmental costs and their implications; distribution of tax revenue; and the impact on local government services. 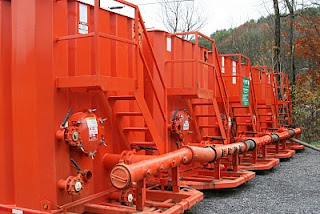 They use computer models. That shouldn't be a surprise. But what is a surprise is that almost all the Marcellus shale studies are based on the same computer modeling software: IMPLAN. While IMPLAN may work for other areas, in the rural northeast it doesn't seem to be too accurate a predictor of economic outcomes because the rural northeast is ... well ... rural. Part of the problem is that economists are using IMPLAN to create models of areas that lack a large manufacturing and industrial sector.
“We need to already have a robust industrial relationship for the models to be accurate,” Kelsey said. Those relationships don’t exist yet in communities where Marcellus is being developed.
To date, economic models haven’t considered issues such as road maintenance costs or health and environmental impacts. That’s because no one has plugged them into the model, Kelsey said.
Economic Impact Studies
A November 2008 study by the PA Economy League, funded by an industry association, showed that the industry contributed $7.1 billion in economic output and provided 26,500 jobs.
In July 2009 the same industry association funded another study. This study includes future production estimates in what Kelsey criticized as a "simplistic analysis".

A May 2008 study by the figured that if landowners had 100 acres of land in a drilling unit, and if they received 15 percent royalties, and if the price of gas was at least $10/mcf (thousand cubic feet), then they might get $1 million a year.

study developed scenarios in which either 2,000 or 4,000 wells were drilled over the next decade. Given these assumptions, total economic activity for the county could reach anywhere from $7 billion to $15 billion with up to 1620 jobs created just during the drilling.

It's worth repeating what Kelsey noted again and again throughout his webinar: An economic impact study may help municipalities identify potential financial gains from natural gas development, but because of their limitations economic studies cannot be the only thing that communities take into account when considering the economic impacts of Marcellus development.
Posted by Sue Heavenrich at 5:27 PM