Tillman goes to NY (and PA) 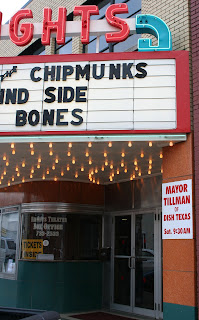 Two weeks ago Calvin Tillman, the mayor of DISH, Texas packed his bags and hopped a flight for the northeast. Why he'd want to spend his mid-winter vacation in frigid upstate NY is a mystery to those of us who leave our skis parked outside the door until April Fool's Day. But the fact is, he wanted to visit and he spent a week traveling through the Southern Tier of NY and the Northern Tier of PA - Marcellus Shale country.

What would make the mayor of a small town spend his vacation – and his own pocket money – to fly all the way to to talk gas?

“I’ve seen what has happened in ,”  Tillman told the press on Saturday, February 20. “I believe has an opportunity to do it a lot better than we have.”
Tillman's town, DISH, is small - a town of 180 souls scattered across two square miles situated 25 miles directly north of . It's in the heart of the Barnett shale and at the crossroads where 11 high pressure natural gas pipelines converge. Five companies have installed a dozen compressors and associated gas treatment facilities; there are four gas metering stations in town and 18 gas wells within the corporate limits. Another 50-plus gas wells are located immediately beyond the town’s limits.
That part of Texas has been oil and gas country for a long time, Tillman says. In fact, the process of hydraulic fracturing was tested just 15 miles away. Drilling started in the mid 1990s and by 2004 the pipelines were constructed and the compressor stations began moving in.
At first people noticed the noise; the companies constructed those early stations without noise abatement. But as the site continued to grow (it now covers 35 acres) people began to complain about the odor. 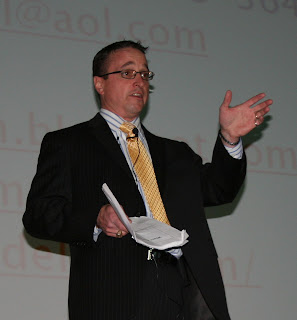 Bad air
In , compressor stations are “permitted by rule”, Tillman explained. That means a company simply needs to meet certain air emissions criteria for that particular compressor. There was no way to assess cumulative impacts of multiple gas-powered compressor stations – and the dehydrators and other facilities involved in preparing gas for commercial use.
“Sometimes the odor was overwhelming,” Tillman said. People also reported nausea, headaches, allergies and other symptoms that could be attributed to poor air quality. Tillman complained to state officials and to the companies for over 18 months. Finally, the pipeline companies agreed to do a study. They put a detector in the back of an SUV and drove around town for a couple of hours, Tillman said. Their conclusion: “no natural gas leaks were found that would be detectable to the human nose.”
The town decided to do their own study with an independent lab. Citizens supported the expense - 15 percent of their annual $70,000 budget – to hire Wolf Eagle to conduct the air quality analysis. Last August the lab collected air samples at seven locations in town and analyzed them for a number of volatile organic compounds.
Wolf Eagles results: “the compounds in the air of residential areas indicate quantities in excess of what would normally be anticipated in ambient air in an urban residential or rural residential area.” Of the seven locations samples, all but one contained toxic chemicals that exceeded air quality “Effects Screening Levels”.
The Effects Screening Level (ESL) for a chemical is based on exposure of a 35-year old healthy male to that chemical for 8 hours a day, five days a week. It does not address exposure to pregnant women or children, Tillman said, because pregnant women and children are not supposed to be exposed to those chemicals. “Especially not in their homes 24 hours a day,” he added.
According to the lab study, residents of DISH were being exposed to many times the ESLs for benzene, xylene, naphthalene, carbon disulfide and a number of other toxic chemicals.
The town also conducted a health survey – a 10-page questionnaire that people filled out on a voluntary basis. Thirty-one people responded by listing their health complaints: difficulty in breathing, chronic eye irritation, dizziness, fatigue, frequent nausea, muscle aches, severe headaches, sinus problems, throat irritation, and allergic symptoms.
Asthma is one of the impacts noticed in DISH and other towns in the Barnett Shale. “The asthma rate in DISH is three times the rate for the rest of the state,” Tillman told Broader View Weekly. About 7 percent of children in aged 7 to 9 have asthma. But in DISH and other Barnett Shale towns almost 25 percent of the children that age have asthma, including Tillman’s oldest son.
It has taken dogged determination and money from their pockets, but now DISH has grabbed the attention of state regulators. The Texas Department of Health and Human Services is running tests on the blood and urine of close to 30 residents, and Tillman hopes he’ll get those results next month. The state has also installed some air quality monitoring, and Tillman hopes they will conduct additional air testing. 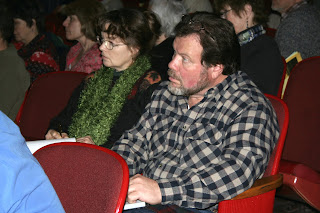 Green Solutions
If there was one mantra Tillman repeated over the week it was: “slow down; take the time to develop protective regulations.” Aside from the obvious – don’t drill in school yards and next to homes – Tillman listed some things could do to protect health in a drilling region.
Topping his list is “green completions”. One source of emissions is open air pits for brine and fracking fluid. Closed loop systems would eliminate the escape of volatile organic chemicals into the air.
Eliminate flaring and add vapor recovery systems to condensate tanks. Instead of allowing gases to escape through the vent on top, a vapor recovery system puts gas back into the tank.
Some of the most notable contributors to DISH’s bad air are the glycol dehydrators. Dehydrators remove impurities from the gas, and newer “zero-emission” technology completes the process without releasing impurities into the air.
Valves leak as well, Tillman said. He suggested replacing old valves with pneumatic valves. “But these companies won’t make that upfront expenditure unless they’re made to,” Tillman said.
Posted by Sue Heavenrich at 10:55 PM