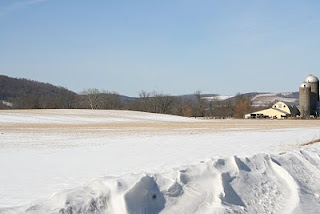 It's hard to be a member of the Sierra Club when there's billions of cubic feet of natural gas trapped in the shale beneath your feet. That's because the national Sierra Club supports the production of shale gas as a "bridge fuel" while waiting for the development of wind, solar and other renewable fuels to catch up. Not only does the Sierra Club support the use of natural gas, they've become it's biggest cheerleader - not to mention an adoring fan for the gas companies.

According to Wall Street Journal writer Ben Casselman, Sierra Club  executive director Carl Pope has been spotted traveling around the country promoting natural gas's environmental benefits with none other than Aubrey McClendon, chief executive of Chesapeake Energy Corporation. Mr. Pope believes that increased drilling for natural gas - with the "appropriate safeguards" - is the best way to get the country off coal, which he sees as a greater environmental threat.

A lot of folks living over the shale disagree with Mr. Pope. The are concerned about the tremendous volumes of water that will be used to drill the wells. They worry that the chemicals used in hydraulic fracturing (fracking) may contaminate their drinking water and the water they use for irrigation and livestock - either through surface spills, leaking cement casings, and other accidents. They wonder whether they'll be left with the enormous bills for road repairs, subsidizing corporate profits at taxpayer expense.

There are a lot of ways that energy companies could make their drilling practices safer for the environment. They could use "greener" fracking chemicals, recycle flowback and implement a host of other "best management practices". And perhaps that is what Carl Pope has in mind.

There is one thing that the greenest drilling practices simply can't address however: the industrialization of what is now rural and small town America. While the Sierra Club considers the environmental impact of a few wells they are blind to the larger picture - to extract natural gas in the most efficient manner will require a lot of wells.

Right now the NY Department of Environmental Conservation (DEC) and the industry are talking about 640-acre drilling units with multiple wells at each well pad. Something like 8 to 16 wells that go down a couple thousand feet and then extend horizontally for up to a mile or more. But some folks in the industry say that is just the beginning. As gas production declines over time, the companies will drill more wells in the area, shrinking unit size to 80 acres.

That cumulative impact is what folks like Carl Pope are missing. Which is why local environmentalists wonder why they've been abandoned by one of the oldest and most prominent conservation groups in the country. At least Trout Unlimited gets it.